February 22, 2018 – Charlie Eagle smiles when he recalls his nickname at work. It’s a compliment, after all.

“They joke about me being the Energizer bunny around here … go, go, go,” says the 46-year-old vice president of Art-Craft Optical Co. Inc. “It’s like anyone else—if you like what you’re doing and you’re excited about it, then working hard at it doesn’t feel like it’s work.”

As the third generation to join the family-owned safety eyewear company, Eagle’s philosophy toward the business is a blend of his father’s and grandfather’s work ethic and his own desire to advance the company and excel professionally. It has served Art-Craft well since he and his brother Christopher, joined their father, Charles Thomas—who goes by Tom—in the company five or six years ago.

The Henrietta manufacturer employs just under 100 people and for the last couple of years has seen double-digit sales growth. And while the privately held firm does not disclose revenues, Eagle says he and the company’s other leaders hope to continue that growth trend, particularly as Art-Craft’s focus on quality and efficiency are noticed by more clients.

“We always hear from people in the industry, particularly from the military and industrial side. They’d say, ‘When I put an Art-Craft product into our contract I sleep fine at night. I never really worry about is it going to break or is someone going to get hurt, because I know that you guys have always done quality products,’” Eagle says of the company’s focus on quality and plan for growth. “So one of the things we strive to do is try to create a very high quality product.”

Art-Craft traces its roots to sometime between 1912 and 1918, when Eagle’s Swiss toolmaker grandfather, Charles Joseph Eagle, would repair tools and equipment from optical companies such as Bausch & Lomb Inc. and Shuron Ltd. He drove a motorcycle with a sidecar around town picking up the tools, fixing them in his garage and returning them to the companies.

Soon he had outgrown the space and moved to a building on Water Street. When World War I began, Art-Craft was asked to manufacture eyewear for the U.S. Army. From Water Street, the company moved into the former Pullman Building, a seven-story structure on Plymouth Avenue that is the current home of Buckingham Commons. In 2000 the company moved to its current home on Goodway Drive in Henrietta.

For a century, Art-Craft has manufactured dress eyewear such as the parametric 3, a round, often metal frame that became popular in the 1930s. President Harry Truman wore P3s, as did Gregory Peck in To Kill a Mockingbird. The military was particularly fond of the Art-Craft frames, as the round shape fit different lens prescriptions and they were designed to fit well under gas masks.

While Art-Craft continues to make some dress frames, the company has shifted its focus primarily to the safety glass arena. As it turns out, wholesalers and retailers are clamoring for frames and safety glasses that have the “made in America” seal.

“The American made is resonating, so we are looking to expand in certain categories for that,” Eagle says. “We were competing against big, big companies that were doing safety eyewear, but we all had fairly comparable product. American-made really allowed us to grow.”

Most recently, Art-Craft has grown its partnership with WalMart Stores Inc. as a result of a 2013 commitment by the nation’s largest employer to source $250 billion more in U.S.-made products over a 10-year period. Art-Craft safety glasses are sold in close to 3,000 WalMart stores nationwide now, up from 600 stores five years ago.

Glenn Bourne, national program manager vision sales and service for ORR Safety, says Art-Craft is known for its quality and is highly recognized in the marketplace. Based in Mississippi, ORR Safety is the largest distributor of industrial safety prescription eyewear in the U.S. Bourne has worked with Art-Craft three or four years and says service is the biggest differentiator between the Rochester company and others that offer similar products.

“The other thing they do, they are attempting to be innovative,” Bourne says. “They have actually solicited the assistance of some of my staff to work with them on different frame designs.”

Adds James Spina, editor-in-chief of 20/20 magazine, a trade publication for the eyewear industry: “They’re really dedicated to quality. They deal with the safety aspect of eyewear, which is very critical in its parameters, and they rise to all of those occasions. And quite honestly, many safety eyewear companies have disappeared because they can’t keep up with that quest for quality.”

Safety eyewear has changed dramatically in the last several years. Buyers aren’t limited to the bulky, clear plastic lenses of yesteryear. Protective glasses now come in fun colors and styles including navy blue and orange, violet, and materials such as metal and acetate. Styles are limited only by the imagination.
The focus on safety and differentiation has been a good choice, says 30-year veteran of the firm Heidi Collins.

“That seems to be doing very well. They don’t look like your normal safety frames; they look more like a dress frame,” says Collins, who works in human resources and production control. “You wouldn’t know that they’re safety frames.”

For some time Art-Craft had scaled back its work with the military because “they put you through a lot of hoops,” Eagle says. Staffers joked that they would design the product, prototype it, build the equipment to make it, ship samples and then the military would turn around and put it out for open bid so anyone could get the contract.

“We have a zero-defect rating with them and about 1 million frames have gone through,” he notes. “We do Air Force, and that’s a pretty substantial size of our business. We have some new products that are in chemical weapons masks for hazmat suits that go in the helicopters. We have a variety of things going on.”

The future meets the past

Eagle recalls that from an early age he enjoyed helping out at the family business.

“Our factory was big, so when I was little I’d work in the maintenance department with some of the guys there,” he recalls. “But I think the one thing I did appreciate is my parents are very leery of people working in family businesses that haven’t been able to work all around the business.”

That means Eagle worked his way through the business, rather than coming in at the top rung of the ladder.

“There’s nothing worse, as my parents would say, than a spoiled kid showing up,” Eagle says. “So for my siblings and I, that was really something that they wanted us to do. Hey, it may not be glamorous, but get your gloves on and go work in the tool room, go work in the plating department, go work in the different areas and kind of see what’s going on. And if you like it, great. And if not, I understand.”

In fact, their father recommended the brothers work elsewhere before joining the family business. Charlie Eagle wound up in Washington, D.C., working for some time for a document type of company doing financial printing and copying.

When Eagle and his brother returned to Art-Craft full time several years ago they wrote a business plan that would focus the company on its core strengths.
“Short-term goals are we’re always looking to develop new capabilities and things that we can grow into,” Eagle says. “Long-term goal is to really make our company as efficient as possible. So, things like scanning systems and different automation for our production line would be very important goals. But we’re getting there.”

Collins calls Eagle active and creative and says he has a lot of great ideas.

“He wants the company to really be successful,” she says. “So he is really trying to drum up the business. He’s doing a lot of running around doing sales. So he’s been really busy trying to promote things.”

The biggest challenge Eagle says the organization faces is that, despite the obvious advantages of staff longevity, people who are comfortable in their work sometimes can be reluctant to try new things.

As for challenges in the industry, Eagle notes there is a huge oversupply of product out there, especially frames from China, where labor is cheap and quality suffers.

Spina, who has worked for 20/20 magazine more than two decades, adds that the eyewear industry faces numerous threats, especially with more and more people ordering frames online. But, he says, they eventually realize the product is low quality and ill-fitting.

“The saving grace for eyewear is that the true eyewear experience is a hands-on, face-on experience,” he explains, which is why Art-Craft, with its focus on quality, will always have a place among the craftsmen of the industry. “Yes, online is a threat, but I think eyewear is going to sort itself out nicely. That whole brick-and-mortar side is a solid foundation.”

Despite the challenges the industry poses, Eagle says the job itself is what keeps him coming back for more.

“It’s fun. You get elements of sales, product development, design, you’re providing a medical device,” he says. “After all is said and done, it’s really a fun industry.”

Teamwork and collaboration, as well as problem solving are the best parts of his job, Eagle says.

“When you feel like there’s nowhere to go and you’re kind of frustrated and then when you start to see the light at the end of the tunnel and it starts to come together it gets very exciting,” he explains.

Eagle has learned a number of things as a business leader. One, he says in jest, is to make sure if you use equipment it’s serviceable and reliable.
“I think the other thing is that you have to believe in what you’re doing, and if you don’t, no one’s going to make you successful,” he says seriously. “You have to find that in yourself.”

Born and raised in Rochester, Eagle has fond memories of his youth, even the way his parents disciplined the kids.

“I think I would have enjoyed being a history professor,” he says by way of introduction. “When we were little, one of the things our parents did when we were in trouble, they would hand us a book like Time Life Civil War, and they’d say, ‘You go to your room. You’re not allowed to come out until you finish that book.’ And then they’d quiz us on it.

“Then you start reading and next thing you know you’re there for three hours and you’ve learned something,” Eagle says.

Eagle also recalls going fishing in Canada with his entire family, including his grandparents.

“That was neat, as a little kid, because it’s such a different environment than you’re used to,” he says fondly. “I enjoyed that.”

“I like going out there. It’s kind of cathartic to go out there and chop trees and clean up and mow,” he says.

Eagle and his wife, Mary, live in Brighton with their son, Tommy. Eagle says his son is his greatest joy.

“He likes to come in here to the glasses factory and make glasses. He comes in and puts stuff in bags and goes back there and walks around. I think my biggest accomplishment is talking to him and seeing the excitement for things that are out there,” Eagle says with a smile. “I take him to karate across the street and he’ll always whisper after karate, ‘Can we go to the glasses factory?’ And just being around a 5-year-old can put an excitement back in your day that’s sometimes missing.”

Title: Vice president, Art-Craft Optical Co. Inc.
Age: 46
Education: B.S., political science, 1995, Syracuse University
Family: Wife, Mary; son, Tommy, 5
Hobbies: Yoga, outdoor activities, spending time with his son
Quote: “They joke about me being the Energizer bunny around here … go, go, go. It’s like anyone else—if you like what you’re doing and you’re excited about it, then working hard at it doesn’t feel like it’s work.” 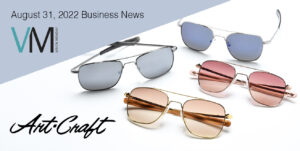 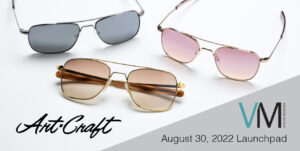 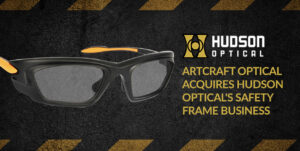